As a number of craters on the lunar surface indicate, the newborn Earth suffered many violent collisions with celestial objects. It has been known that the atmosphere, ocean and life appeared on the Earth during this period. PERC has set up a laboratory on the Tsudanuma Campus to experimentally investigate the role of hypervelocity impacts through the Earth’s history.
We simulate these impacts using a projectile launcher to understand impact outcomes after such collisions. More specifically, we take images with a high-speed video camera, conduct spectroscopic observations with a high-speed spectrometer, and measure the chemical composition of impact-generated gases using a quadrupole mass spectrometer.

These are snapshots of high-speed images taken at an impact experiment conducted at Planetary Exploration Research center of Chiba Institute of Technology. A polycarbonate projectile 4.6 mm in diameter was impacted onto a acrylic sphere 30 mm in diameter at 7.3 km/s. The frame rate was two million frames per second. This is a simulation experiment of the impact event thought to be the largest one throughout the Earth’s history after the completion of the formation of the Earth. Given that the size of the target sphere corresponds to that of the current Earth, the projectile corresponds to a projectile with the diameter of 2,000 km. Since the target was made of transparent materials, we could clearly observed the propagation and fragmentation behavior proceeding in the target sphere. On the other hand, if we focus on the ejecta, we could observed a self-luminous cloud and a gradual change in the visible pattern of the surface of the ejecta cloud. The most outer part of the ejecta cloud seems to have a featureless face, suggesting that the portion is largely vaporized due to high temperature. The intermediate part and the root of ejecta cloud exhibit clear pattern because they did not vaporize, but melt and/or fragmentation. As this demonstration, we could investigate all the details of impact phenomena at the hypervelocity impact facility.

These are snapshots of high-speed images taken at an impact experiment conducted at Planetary Exploration Research center of Chiba Institute of Technology. A polycarbonate sphere 4.6 mm in diameter was accelerated onto an aluminum plate at 6.5 km per second. By setting the target with a tilt of 45 degree, natural oblique impacts could be reproduced. All natural impacts occur due to oblique incidence of projectiles, and the most likely angle is 45 degrees measured from horizontal. In this experiment, an experimental chamber was filled with nitrogen gas to simulate an impact event on Earth. You can see how the projectile is generating a shock wave in the nitrogen gas in detail. When it collides with the aluminum plate, an ultrafast ejecta cloud moving along the surface of the target was observed. We explore the significance and consequence of hypervelocity impacts onto the Earth, which have frequently occurred throughout the Earth’s history, via this kind of simulation experiments and detailed observations in the laboratory. 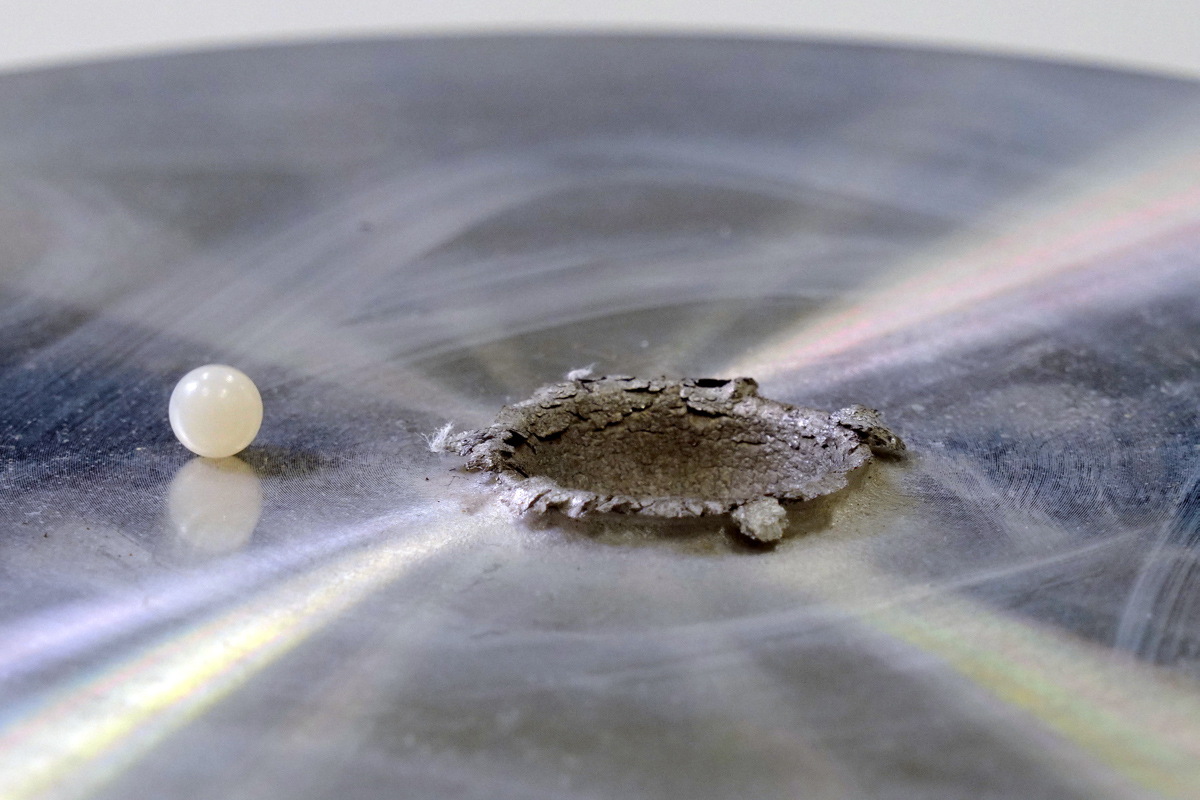 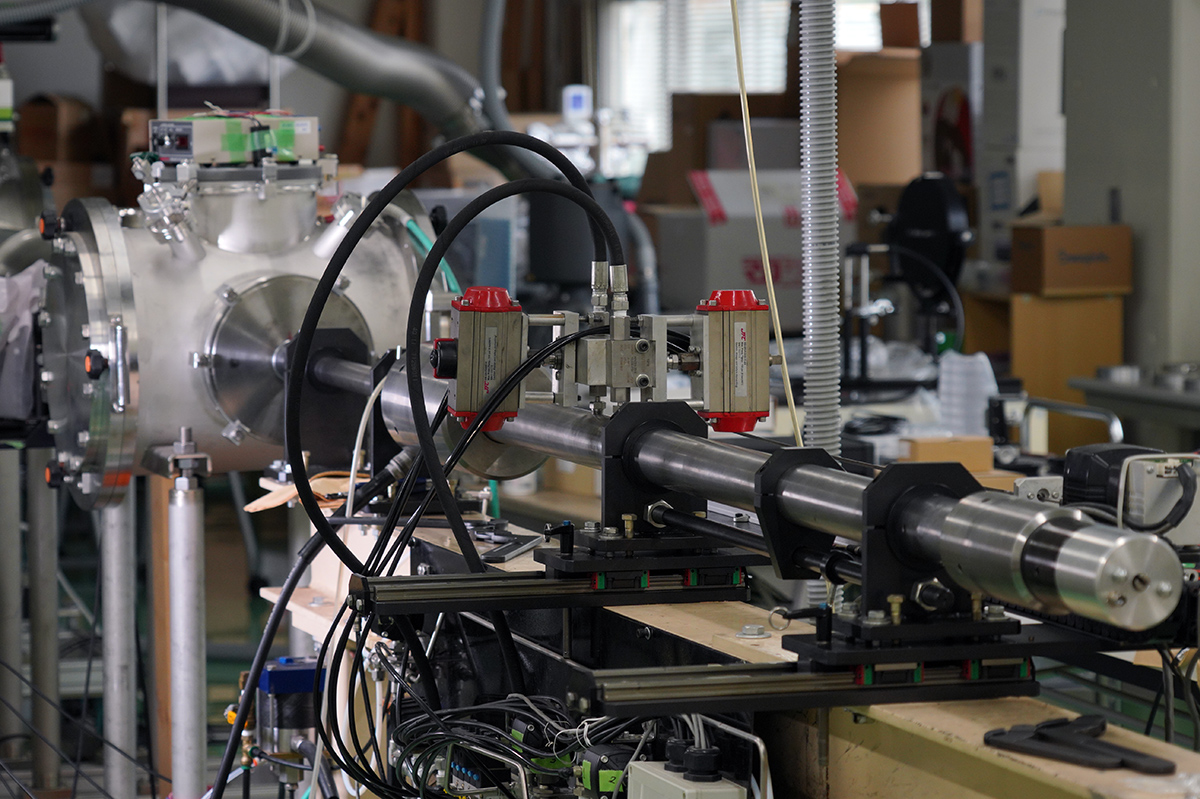 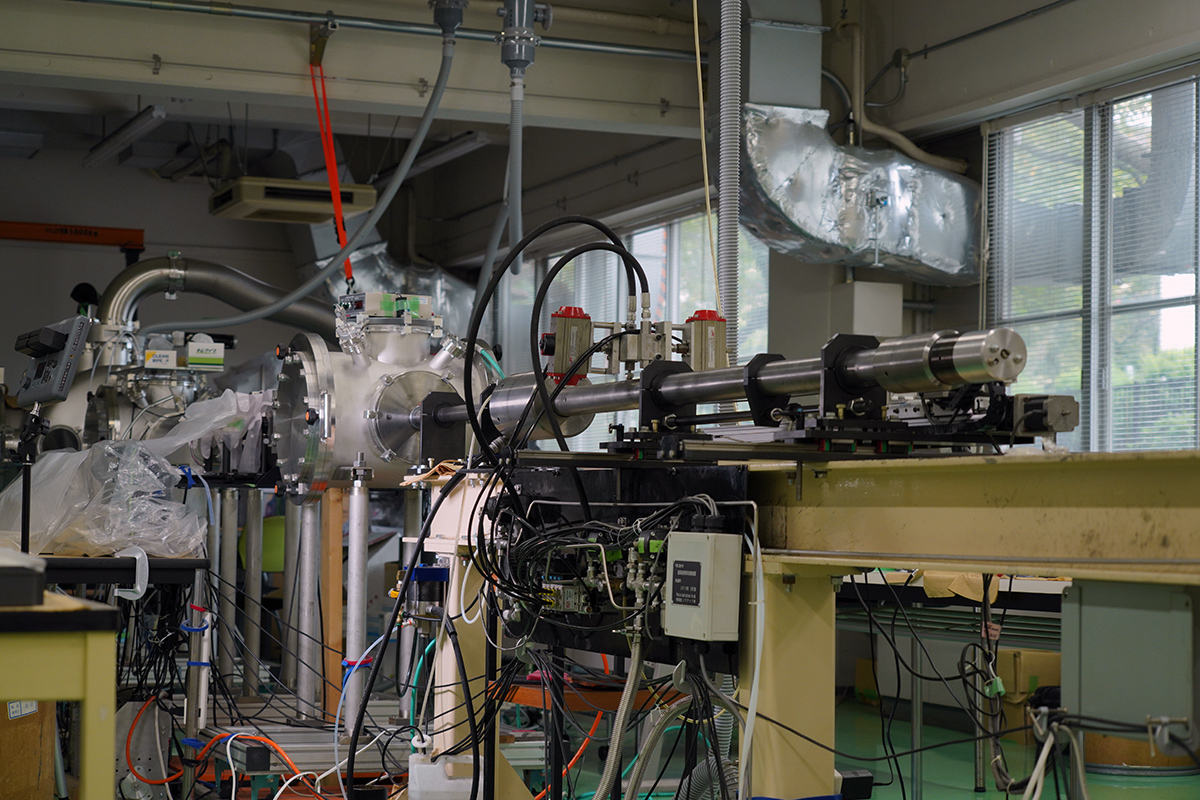